MILLENNIAL HUD PROJECTS ABLA Homes, Cabrini Green, 31st St. & MLK Jr. BLVD, Father Panik Village Seeing the glittering downtown beyond the train yard that I lived behind in Chicago, Illinois where Mies’ footprint still reverberates tempted me to study the relationship between design’s ‘haves’ and ‘have-nots’. As many of Chicago’s real housing projects were being torn down to make way for a new exercise in urban planning, I decided to make an homage to the architect’s original utopic dream. My initial notion of glazing Chicago’s less fortunate architecture was an attempt to make sense out of the vast gulf between what an engineer of space and society envisions and what results. As glass is the essential modernist building material, it refers back to architecture’s early optimistic gestures in social organization.

The mirrored buildings in downtown Chicago’s “Loop” are successful in absorbing the entire city onto their surface, thus dominating it. As the mirror turns three-dimensional space into a two-dimensional surface, it consumes everything that approaches it. I wanted to transfer this eerie omnipotence to structures whose surface we would feel uncomfortable being caught in. As light passes through and around the glass buildings they shift from slick corporate models to sinister panopticons to fetishistic jeweled boxes. The after-the-fact models that I made are an attempt to present these buildings in their pre-construction state, the imagined ideal.

Using the Father Panik Housing of Bridgeport, CT as the source structure for the most recent project, I again chose a principle site of urban architecture’s demise. Glazing this original structure with surveillance glass creates two possible viewing experiences; general opacity and reflection, or transparency and luminosity. On the ground floors, wrestling figures are seen in silhouette as light passes through the models and from the built in table-lights. The figures are cramped and frozen in combative positions. I was interested in the geographic proximity between the housing project, the site of violence, invisibility and poverty, and the corporate headquarters of the World Wrestling Entertainment (located in Stamford), the site of violence, commercialism and prosperity. How does one inform the other, and how does architecture contain and reveal social anxiety? 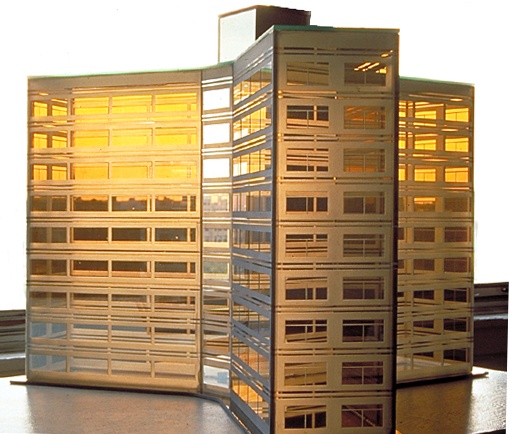 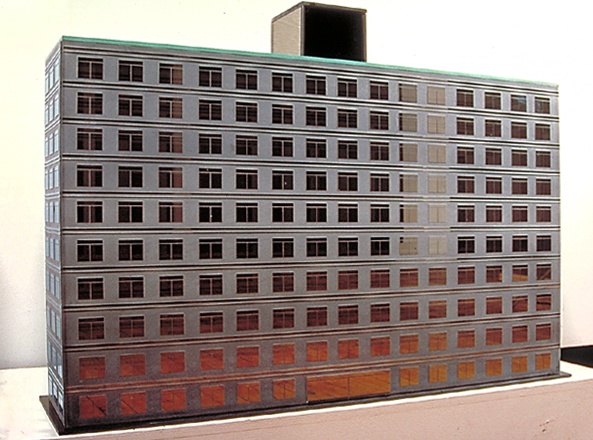 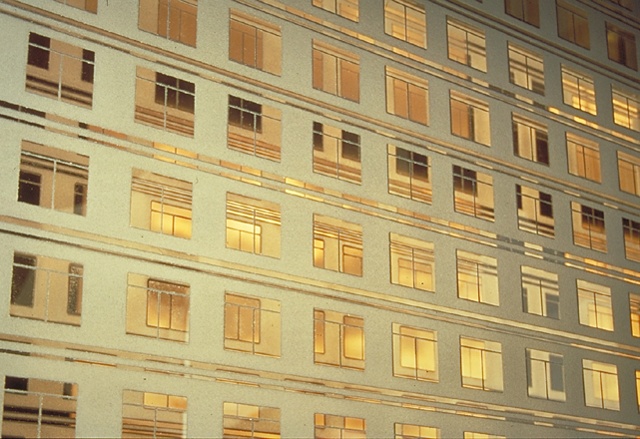 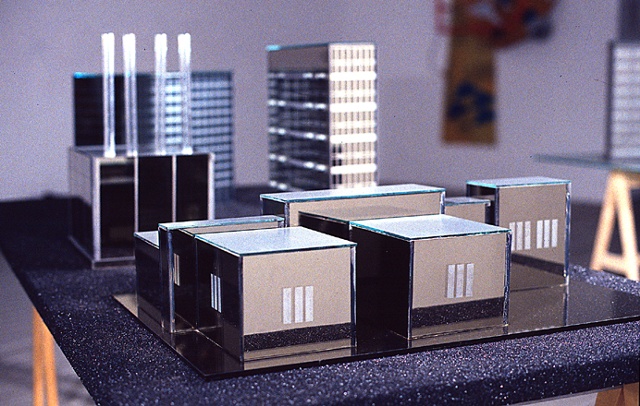 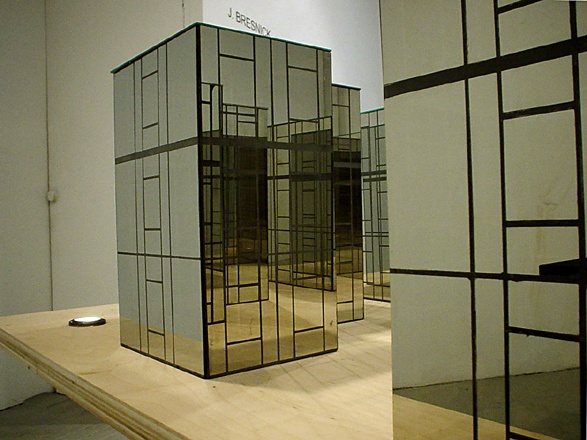 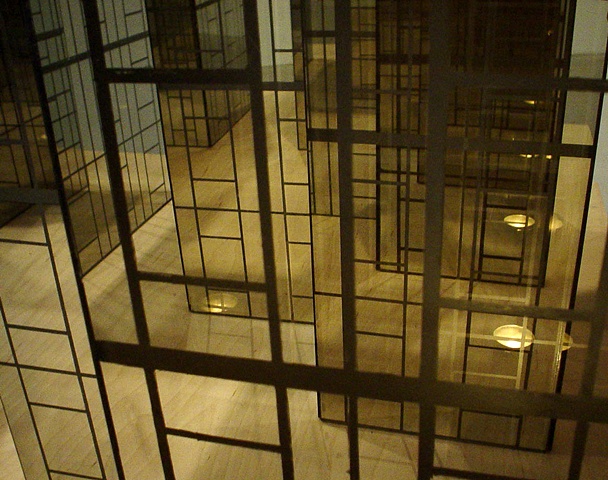 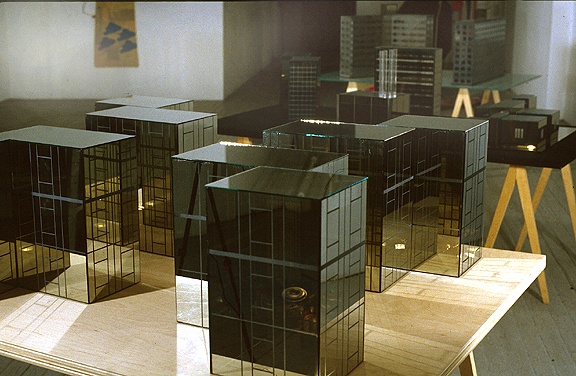